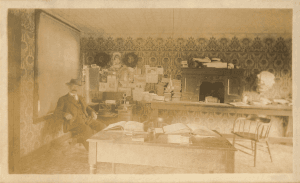 The Summit County Sheriff’s Office was established in 1861. A lot has changed since Ruben J. Spaulding, a gold prospector who came to Colorado in 1859, became the first Sheriff of what was at that time a part of the Jefferson Territory. Like most Sheriffs for many years to come, Spaulding took on the duties of sheriff in addition to his regular job as a miner, and deputized individuals on an as-needed basis.

Sheriffs and their wives at times occupied the apartment in the northeast corner of the old courthouse basement, just off the boiler room in the jail. Inmates were taken to dinner by the janitor (at the Gold Pan, Colorado House or Brown Hotel), usually accompanied by a Commissioner, Sheriff, or Assessor. No escapes were reported as a result of that practice, which continued up into the mid-1900’s. 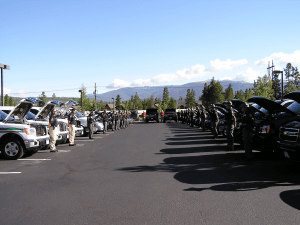 All divisions are overseen by Sheriff Jaime FitzSimons.

The SCSO is asking for the public’s help to add to their historical collection. Anyone with information, photographs, or memorabilia they are willing to share is asked to contact Christine Duplan  at (970) 423-8901.