This summer, HC3 and the Summit Climate Action Collaborative are offering residents and businesses an opportunity for significant discounts on solar panel installations. Participants in Solarize Summit can leverage bulk-purchasing power to take advantage of exclusive discounts. Discounts increase as the number of participants increases. Registration is open for Solarize Summit 2021 and Home Energy Assessments to save money on your utility bills.

The Summit County Board of Commissioners adopted the Summit Community Climate Action Plan (CAP) on April 23, 2019. The plan sets goals to reduce greenhouse gas emissions (GHG) in Summit County 50 percent by 2030 and 80 percent by 2050, relative to a 2005 baseline. The plan also outlines recommended strategies to be pursued over the coming years to achieve those emissions reductions. 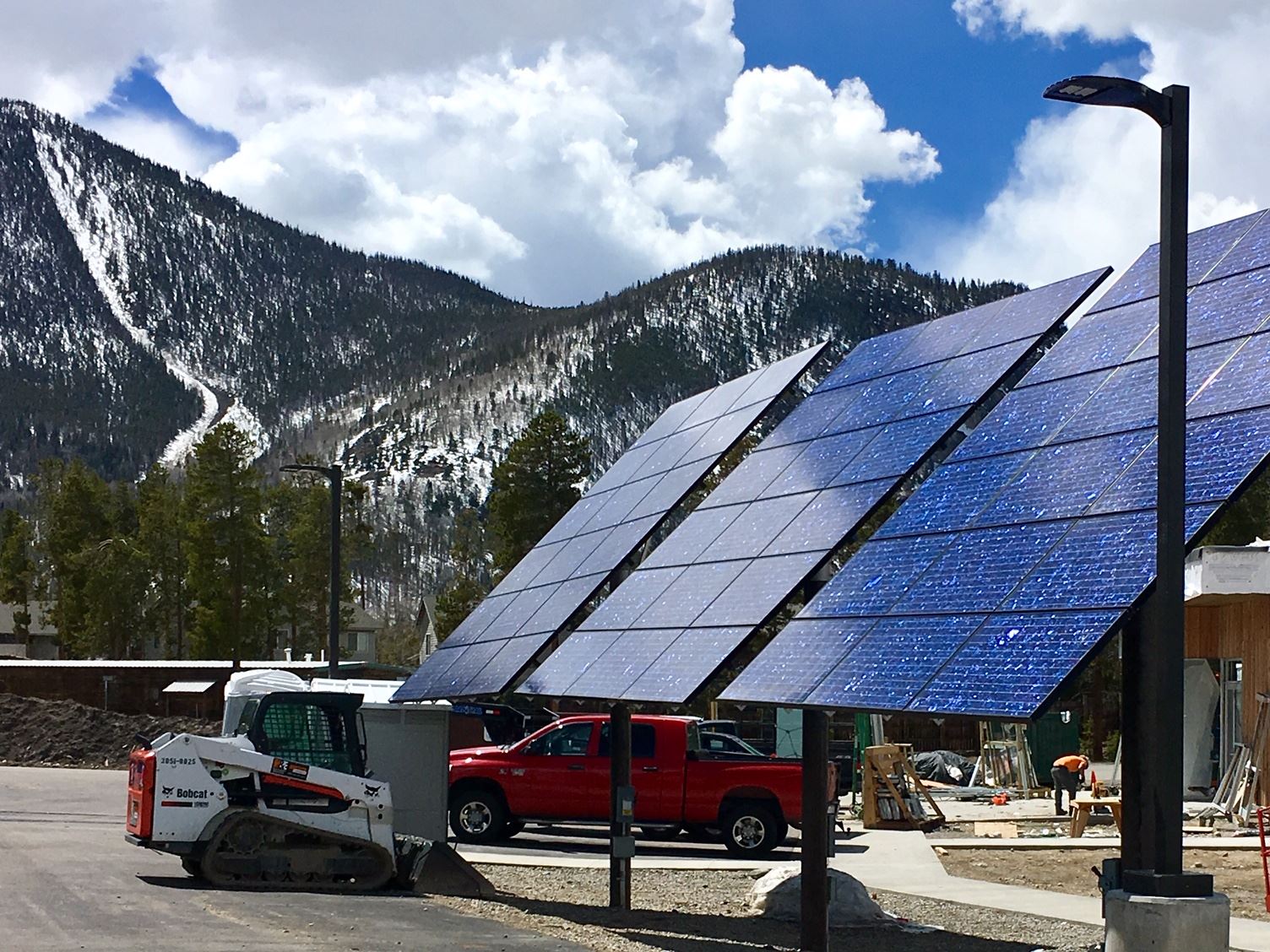 The Summit Collaborative hired Lotus Engineering and Sustainability to support the development of the CAP and complete an initial community-wide GHG emissions inventory for Summit County. Like many communities, emissions in Summit County are largely generated through energy use in buildings and transportation – 65 percent and 33 percent, respectively, in Summit County.

Over a six-month timeframe, the collaborative developed recommended approaches for reducing locally generated GHG emissions, which were then modeled for their emissions-reduction potential. The collaborative solicited input from energy experts and the larger community. The CAP outlines strategies to reduce energy use in buildings, increase the supply of clean renewable energy and reduce emissions from the transportation and waste sectors.

Through the collaborative, the County and towns plan to work with Xcel Energy, Mountain Parks Electric and other community partners to jointly develop and implement plans, programs and policies to reduce greenhouse gas emissions throughout Summit County. The collaborative approach is intended to maximize efficiency and coordination, minimize duplication of efforts and create a shared community roadmap for implementation that fosters a holistic evaluation of key opportunities across jurisdictions.

Summit County will see many more extremely hot summer days by mid-century, with even larger increases later, unless global heat-trapping emissions are sharply reduced, according to a new analysis by the Rocky Mountain Climate Organization in 2021.

As examples, in the Frisco/Dillon Reservoir area, reflecting temperatures in and around Frisco, Breckenridge, and the other communities around Dillon Reservoir, the median projections with continuing high emissions are the hottest days of the year:

In December 2020, in accordance with Summit County’s recently-adopted Environmental, Social, and Governance (ESG) policy for investment, the Treasurer’s Office has completed the sale of its last holdings of fossil fuel stocks from the County’s managed portfolio of investments.

The ESG policy in part directs Summit County’s investment strategies away from fossil fuels. The resolution joins the County with a group of municipal governments, retirement and investment funds, universities, philanthropic foundations, and religious organizations who have committed to divesting from fossil fuels. These sectors have largely underperformed the market in recent years.

In February 2018, Summit County joined the Town of Breckenridge in adopting a resolution committing to 100% renewable electricity by 2035.

In May 2017, Summit County signed onto the Compact of Colorado Communities, along with the Town of Breckenridge, Town of Frisco, Eagle County and Pitkin County. By signing onto the compact, communities commit to establish a climate action plan or measurable emissions reduction goal within 24 months, announce the plan or goal publicly and provide updates on plan implementation.